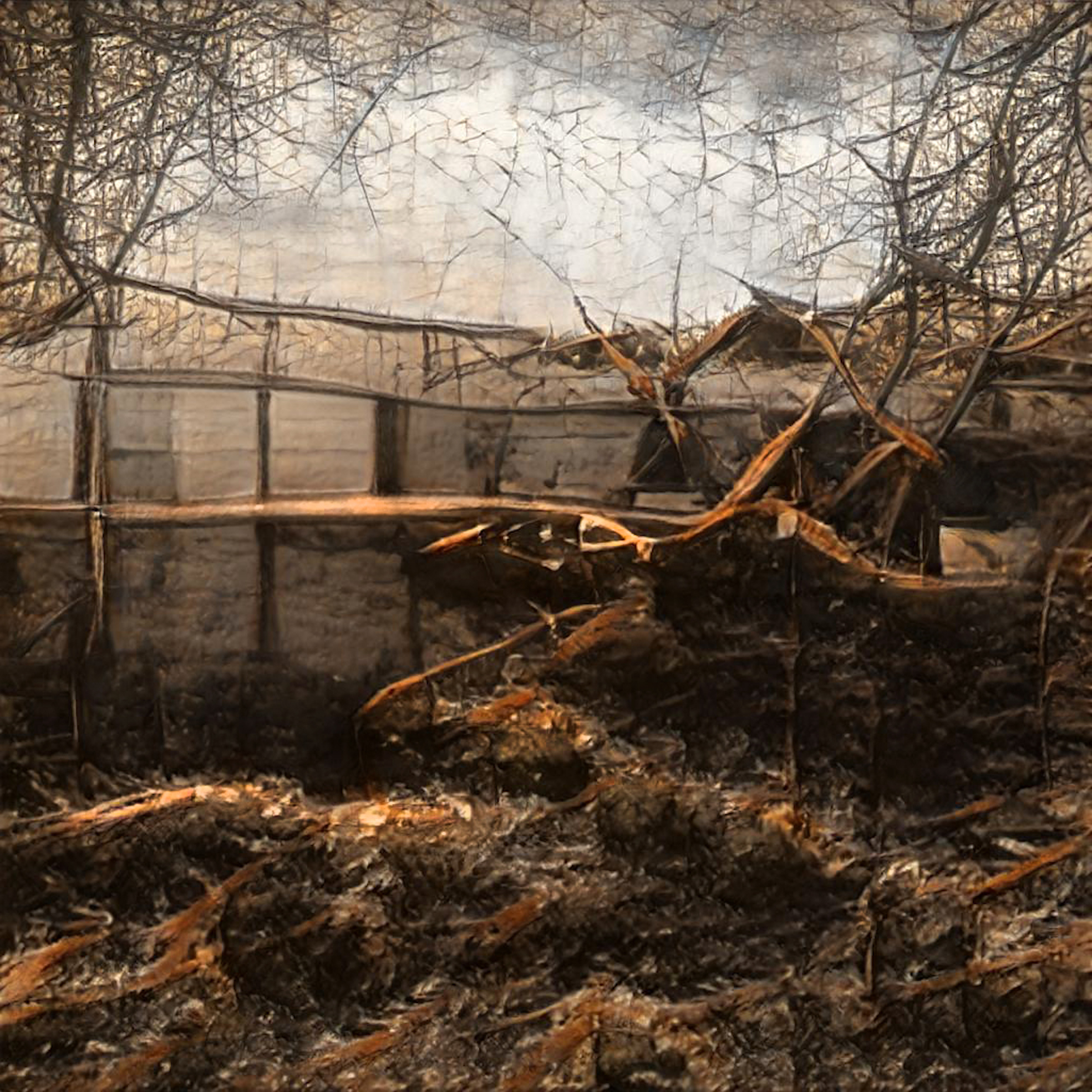 The project consists of images generated from machine learning algorithms that were trained on hundreds of images of post disaster scenarios from recent years – tsunamis, hurricanes, earthquakes, landslides, plane crashes, wildfires and war. The saturation of news media with such imagery has led to a certain desensitization, while simultaneously our fetishism makes us desire more, our gaze becoming trapped in this reality made strange. The commonplace is transformed into the transcendentally horrific, as the competitive need to grab our attention forces the media to lead with ever more grisly and violent material, the images that make us stop in our tracks. The barrage of such images eventually results in the psychological phenomena known as the “collapse of compassion” and “compassion fatigue”.

However, there is also beauty in these pictures. Apart from our seduction by the horrific, there are abstract tones and forms and qualities in the aesthetic of destruction that are painterly, cinematic and beautiful. Our unease is piqued by the knowledge that our aesthetic satisfaction comes at the cost of great human suffering. How could we appease these compulsions of ours ‘ethically’? How can we satisfy our enjoyment in the aesthetic of disaster without having to take into account the human cost? Is there a way to separate aesthetics from humanity? By generating images of disaster from which the sensationalism has been removed at the point of origin we arrive at a satisfying moment of guilt free aesthetic.

The project Catastrophe Jangled Hideously Out Of Process fits within the arc of The Haunting Series, expressing and representing the presence of existential threats. Catastrophe Jangled Hideously Out of Process adds an extra twist to this narrative, with both its title and its content generated by forms of artificial intelligence – which is in itself considered one of the existential threats that we face.

Andy Gracie works on the intersection of art and science and within various disciplines such as installation, robotics, sound, video and biology.

His artistic practice is characterised by an in depth engagement with process, scientific methodologies and the nature of experiment. Here ‘experiment’ refers both to the act of acquiring knowledge and information through testing scenarios, and to the act of trying out unknown or untested processes. He is interested in how as humans we imagine, simulate and inhabit scenarios that test our understanding and our imagination of the future. The current expression of these ideas is in a body of work that outlines the psychology, culture and aesthetics of disaster and the impermanence of humanity on a cosmic scale.

More on artistic project in NOVA.