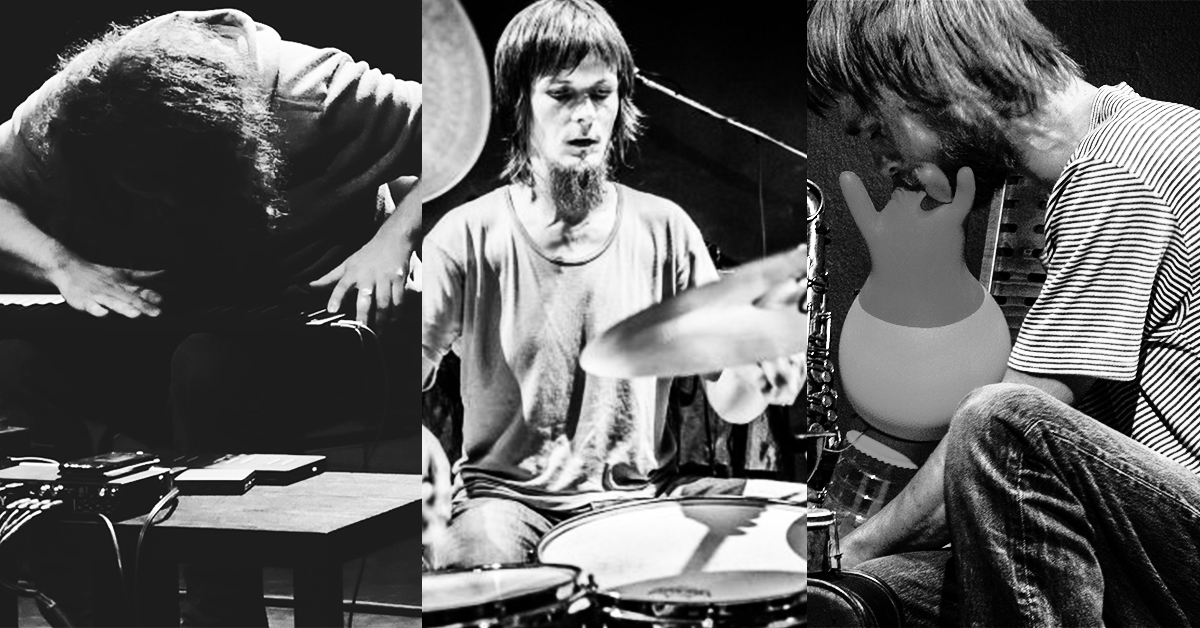 A unique improvisational concert by masters of experimental electronic sounds.

The first week of the Workshop Festival will end with a unique improvisational concert by masters of experimental electronic sounds. Andrej Fon, Vid Drašler and Andrej Kobal will provide an unpredictable journey through the soundscapes with a wide variety of electronic instruments and drums.

is a Slovenian multi-instrumentalist who masters the clarinet, saxophone, bagpipes, trumpets, percussion, home-made instruments and microphone! He is involved in music of various genres, such as rock in opposition, no wave, folk, music, free jazz, free improvisation and even songwriting.
He plays or played in groups such as Strahuljarji, Kraški Solisti, Horda grdih, Žoambo zoet workestrao, Barka tone in bele plombe, Buče 4, Samo gromofon, Tropičja, Olfamož, Oholo !, Svojat, and foreigners are not his ad hoc musical projects with Slovenian and foreign musicians – he has collaborated with names such as Irena Tomažin, Marko Karlovčec, Seijiro Murayama, Haradhan das Baul, Salamandra salamandra…
He is also involved in poetry, theater, making musical instruments and conducting music workshops, composing music for animations and performances…

is an excellent drummer who worked in the jazz-rock Dragon’s Tail and the band Malik, and he also created excesses in the band Balžalorsky – Drašler. He is also good in the chanson-colored Orchestra, culminating with the trio Drašler – Karlovčec – Drašler, in which they focused on louder improvisational music, which did not diminish the clarity of expression.
He has also participated in several theater projects, including Zlatko Kaučič’s Kombo, with which he also studied for four years. He is also active as a music pedagogue and co-designer of music events in Vrhnika and the engine of an improvisation workshop.
He has collaborated with musicians such as: Zlatko Kaučič, Vitja Balžalorsky, Jošt Drašler, Marko Karlovčec, Andrej Boštjančič, Andrej Fon, Tomaž Grom, Cene Resnik, Kaja Draksler, Mario Rechtern, Linda Sharrock, Petr Zelenka, Samo Kutin, Tao G. Vrhovec Sambolec…

is a Slovenian composer and sound designer who has been working in the field of music for more than seventeen years. He works in many areas of musical creation, including original compositions, sound design and compositions for film music and theater, design of sound installations and design of custom-made electronic virtual instruments. For sound design, he uses the Max MSP music software environment, with which he creates his own virtual instruments and thus creates unique sound creations. In the Max MSP software environment, he also created the GranuRise virtual granular sound synthesis instrument, which received a great international response. In his performances, he does not use pre-prepared structures or patterns, but a mass of sounds that allow him to interact unpredictably and explore within them.