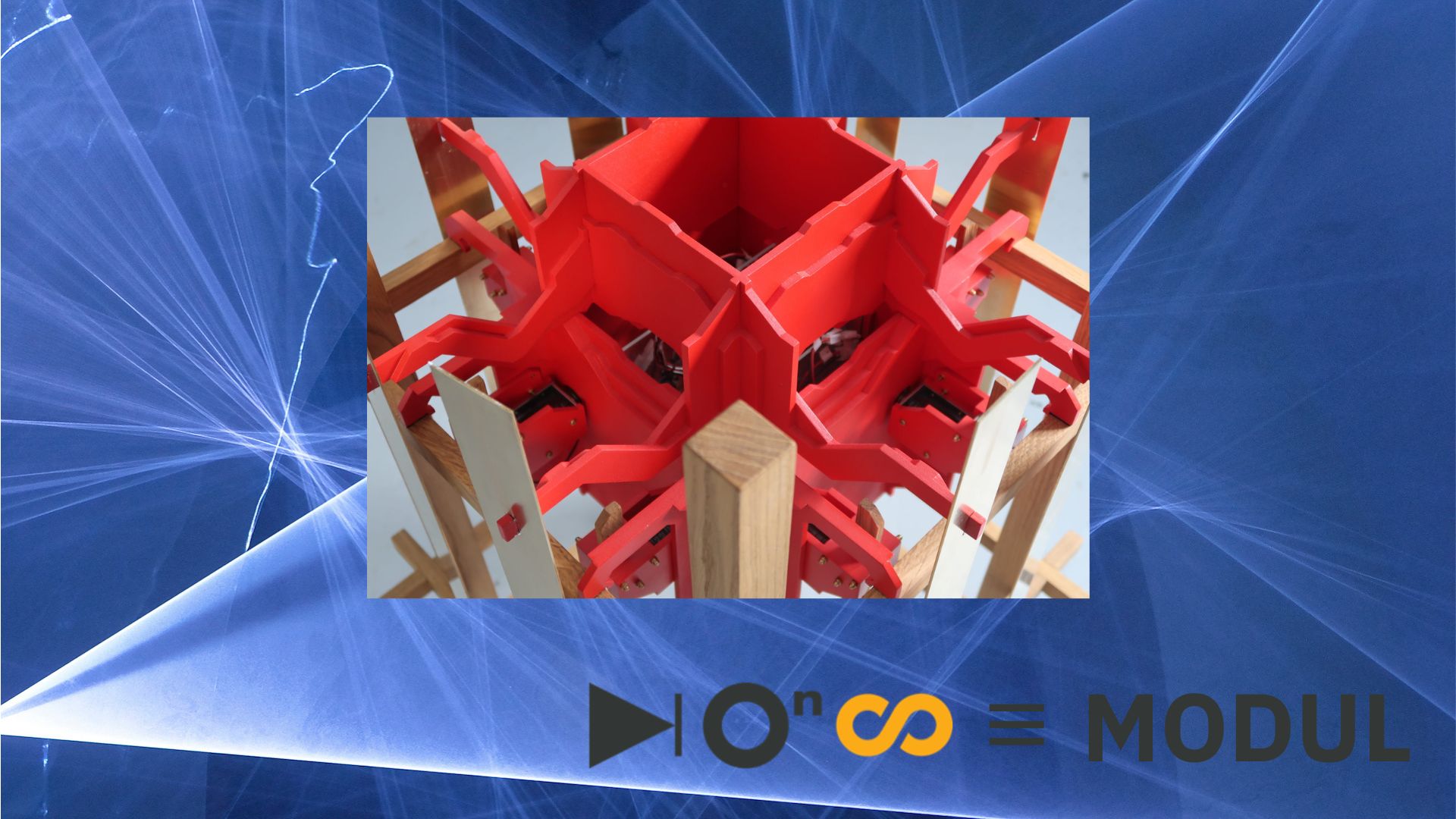 The sanctuary of sacred fear acts as an automaton without direct interaction with man. The work is thus not designed as an interface, but as a machine that is physically and metaphorically self-centered.
The eight brass panels that surround the inner core act as the basic source of sound and as a kind of symbolic protection for the inner workings. At the heart of the sculptural sanctuary, a computer activates mechanisms and creates a mysterious sonic experience that combines digital precision with vibrant acoustic happenings.
The artwork was inspired by experiences from traditional Japanese Shinto shrines in which ghosts inhabit various buildings. The simple use of digital technologies, composed in the form of an altar, creates a mystical feeling, which we achieve instead of the traditional buildings from the sanctuaries through the ubiquitous techno-aesthetics of the modern world. The ‘sanctuary of sacred fear’ hints at some mystifications of the technologically advanced modern world, the fear of alienated individuals, and the romanticization of self-sufficiency.

Laurits Esben Jongejan is a Danish composer and sound artist with a master’s degree in electronic music from the Royal Academy of Music of Denmark (DIEM.). He expresses himself artistically with spatial installations, electronic music, video and performing arts. A recurring theme in his musical and visual works is the relationship between technology and people. It often creates situations where human interaction with the machine is slightly ambiguous and mysterious. His works have been exhibited at SMK, Glyptoteket and Kunsthal Aarhus, among others, and published by Help Recodings and Regelbau.

Production of artwork Kersnikova Institute / Kapelica Gallery
The project was supported by the Ministry of Culture of the Republic of Slovenia and the City of Ljubljana – Department of Culture.