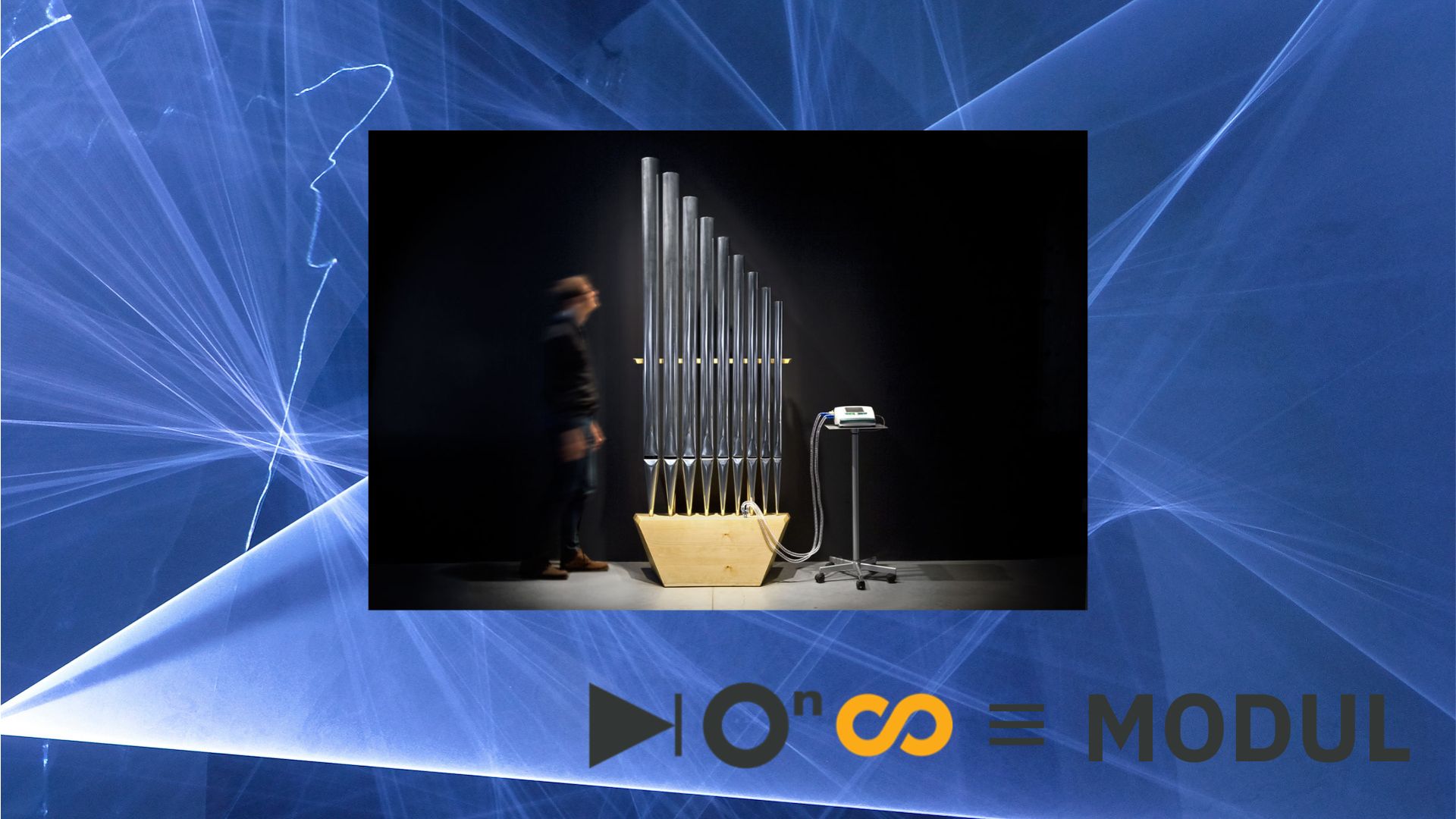 Sound sculpture Ad lib. combines a medical machine for automatic lung ventilation with organ flutes that play a musical chord in a constant rhythm of mechanical breathing. This mechanical respiration of an artificial organ sounds metaphorically like a mechanical requiem.
The title of the work Ad lib., An abbreviation of the Latin term ad libitum, is a musical notation that allows the performer a free interpretation that repeats certain bars of the score if desired. The Latin term ad libitum literally means ‘at one’s own discretion’ and is used as a synonym for free expression of will according to the context in which the score is performed. The purpose of sound sculpture is to draw attention to the situation in which the survival of people with critical health problems is tied to the respiratory system and thus to the judgment of those who care for them.
The organ is played with a quintachord in F major (F – C), which refers to Op. 45 by Johannes Brahms Ein Deutsches Requiem (German Requiem) for ‘soloists, choir, orchestra and organ ad libitum’. At the same time, the two organ flutes are rhythmically activated by the mechanical breathing of the lung ventilator, adding tones A and D that complement the F major chord, thus creating a slight dissonance.

Michele Spanghero is a sound and visual artist. He graduated in modern literature from the University of Trieste, where he also attended workshops on electronic and improvised music, sound design and video creation. His artistic activity ranges from sound art to sculpture and photography. Michel’s research is comprehensive, but consistent enough that he received a mention as ‘Best Young Italian Artist of 2016’ by Artribune magazine.
He has exhibited and performed in various international contexts such as museums, galleries, clubs and festivals in Italy, France, Spain, Switzerland, Slovenia, Austria, the Czech Republic, Germany, Belgium, Denmark, the Netherlands, Poland, Lithuania, Latvia , Estonia, Turkey, Egypt, China and the US, where in 2017 he was also a guest artist at the School of the Art Institute of Chicago.
Website: https://www.michelespanghero.com

Production of artwork Kersnikova Institute // Galerija Kapelica
The project was supported by the Ministry of Culture of the Republic of Slovenia and the City of Ljubljana – Department of Culture.

As part of the Novo mesto module between 17 June and 9 July on Ulica talcev 1, in the former “Pola Bekeraj” store.
Opening hours of the occasional gallery: Tuesday-Friday between 15.00 and 19.00 and Saturday between 10.00 and 14.00