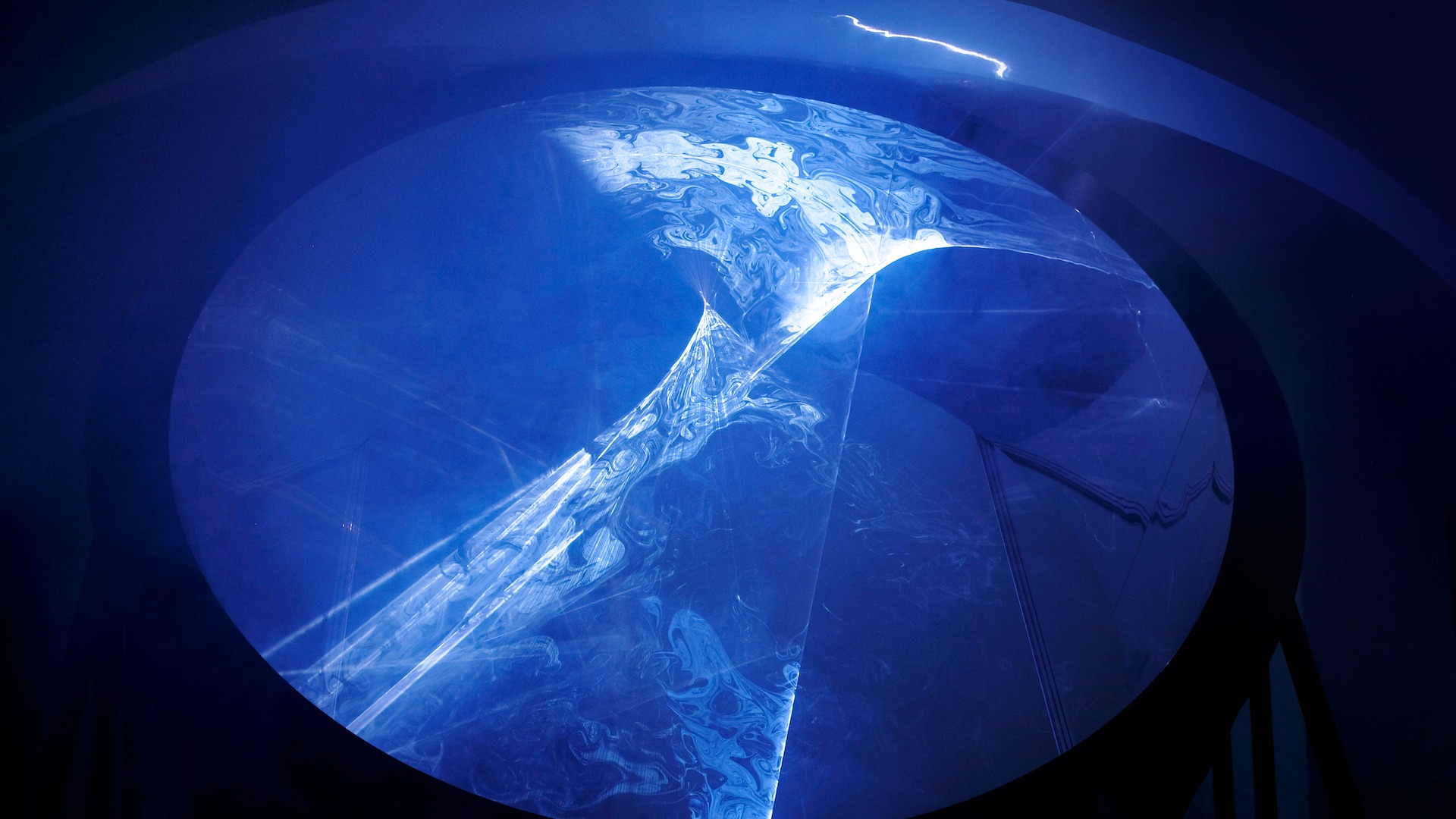 Tadej Droljc presents himself in the Simulaker Gallery with the exhibition Dinner with a Hyperobject. He is an award-winning audiovisual artist who is active abroad and at home. His work is characterized by contemporary artistic approaches at the intersection of electronic music, computer-generated audiovisual compositions and other forms of intermedia art.
“The concept of man is inherently related to the concepts of nature and technology. Through different timelines, these are constantly deterritorializing, merging into new constellations, and transitioning into leadership. In the beginning, nature determined man (and technology), while in modern man man broke away from nature and created his own history. But the situation is different today. The world has become a philosophical laboratory [1], as technology and not man or nature came to the fore for the first time. Technology first subsumed nature, and then it turned on man. She blamed him for his attitude and bias and, above all, the unexplained assumption that some things were not for her: why e.g. he believed that language has no place, even if it can communicate, why it should not understand the meaning, even though language is primarily a (logical-formal) system and only then a means of communication. Similar to the theory of aerodynamics, where an airplane and a bird are two hardware implementations of the same theory, we have before us an art object that points out that creativity, thought, language and / or intelligence are not categories exclusively in the human domain. The hyperobject is part of a new generality into which the limited field of man has yet to enter well. ”
Maks Valenčič
[1] Rees, T. (2022). Non-Human Words: On GPT-3 as a Philosophical Laboratory. Dædalus. Available via https://www.amacad.org/…/non-human-words-gpt-3…

Tadej Droljc (1981) is a Slovenian artist and creative programmer who creates at the crossroads of sound, image and light. He has been awarded the Lumen Prize Student Award for his work, the Dennis Smalley Scholarship for Electroacoustic Music, and the Madatac Award for Most Promising Video Artist. He completed his doctoral research at the Center for Research and New Music at the University of Huddersfield and received the Outstanding Work Award for it. His group project Synspecies received the Edigma Semibreva Award and was shortlisted for the Lumen Award in the moving image category.
Tadej has performed and exhibited at festivals such as Ars Electronica, Paris Biennial NEMO, L.E.V., Brighton Digital Festival, Semibreve, Sonica Glasgow, Lunchmeat, Node and others. As part of his collaboration with Ars Electronica Future Lab on the Immersify project, his work, which is permanently exhibited in the Deep Space 8K project space, was presented at events such as Inter BEE Tokyo, IBC Amsterdam and Marché du Film – Festival de Cannes.
https://vimeo.com/tadejdroljc