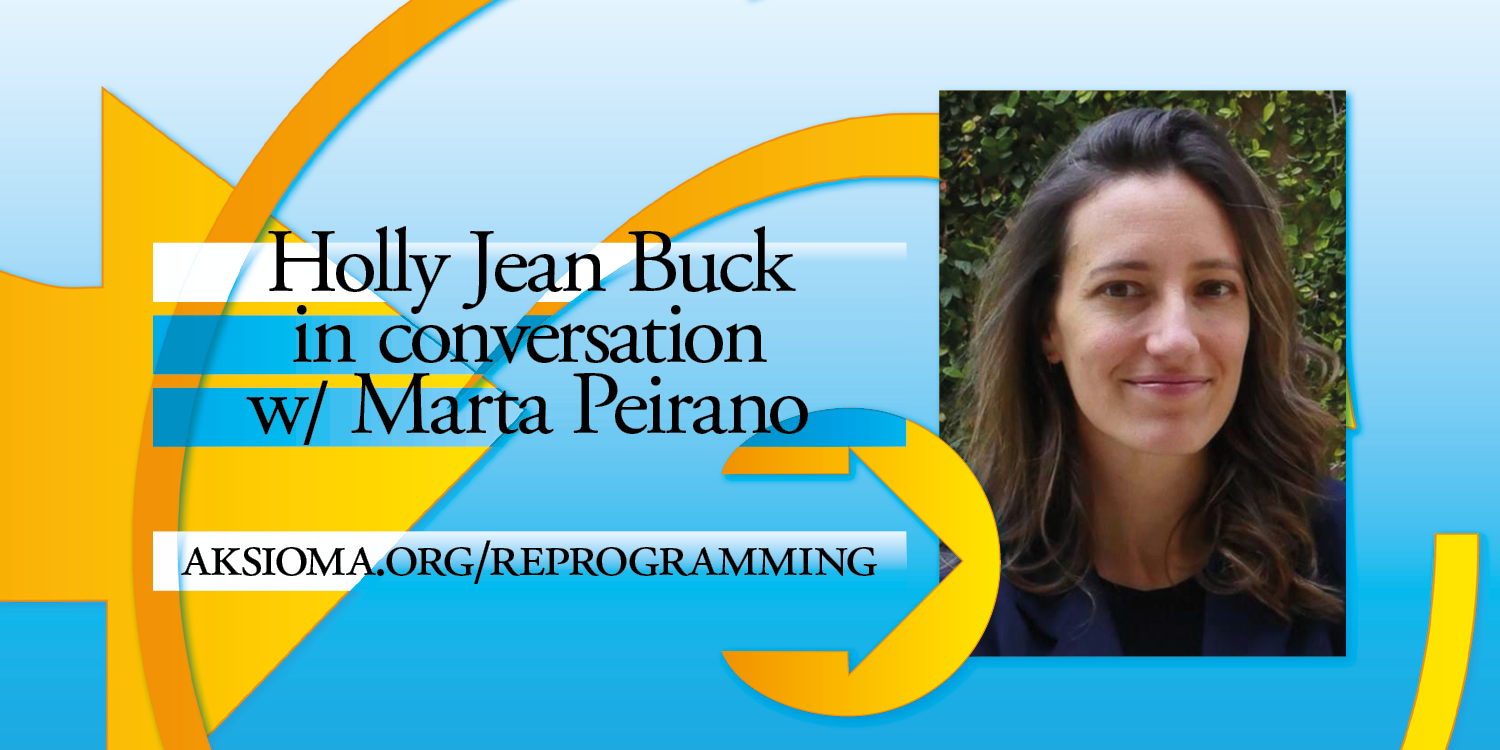 Holly Jean Buck knows we have the tech to restore the earth and repair the climate. In After Geoengineering she takes a deep dive into the envisioning, development, and deployment of tactics and schemes for deliberately intervening in the environment, including Solar Radiation Management (SRM) and Carbon Dioxide Removal (CDR), with a useful best and worst-case scenarios perspective. Most importantly, she takes a holistic, integrated appreciation of ecological systems, proposing the new social formations needed to implement them, tackle mitigation and manage schemes that acknowledge the differential vulnerability for rural, impoverished and indigenous populations.

—
Produced by Aksioma in partnership with Kino Šiška in the framework of konS – Platform for Contemporary Investigative Art.